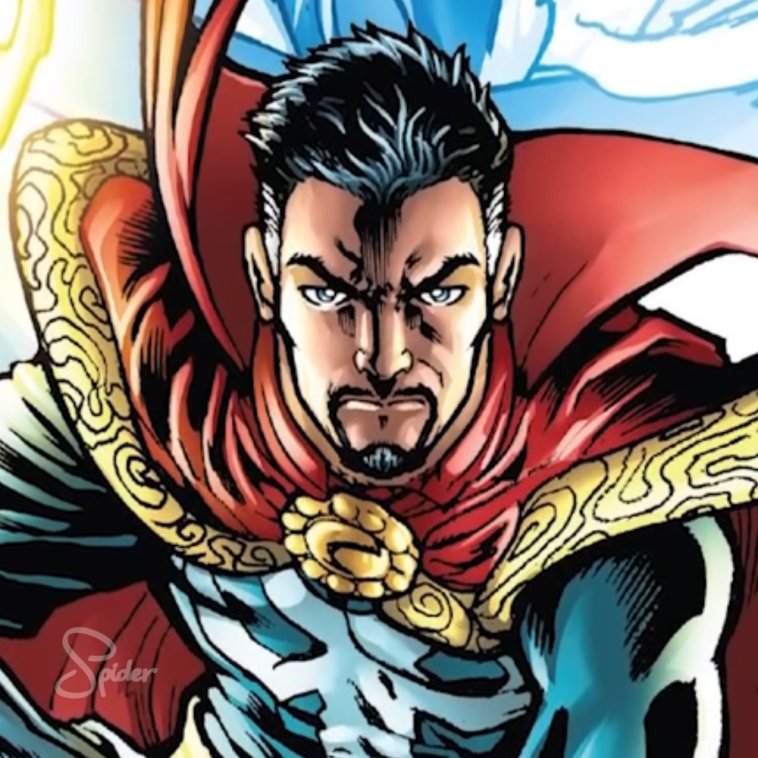 Everybody knows who Dr. Strange is; the Sorcerer Supreme who lives in a mysterious mansion called “the Sanctum Sanctorum,” owner of the Cloak of Levitation and the Eye of Agamotto, and one of the most famous and influential members of the Avengers team.

With his second film, “Doctor Strange in the Multiverse of Madness,” Doctor Strange is currently a trending topic. I am sure everybody is ready for this movie and the multiverse. We hope that this sequel will be much better than the first one, and we are also asking ourselves, “which surprises will Marvel show us this time?”

Stephen Strange was created by Steve Ditko with Stan Lee and debuted in Strange Tales #110 in July 1963, a split book shared with “The Human Torch.” 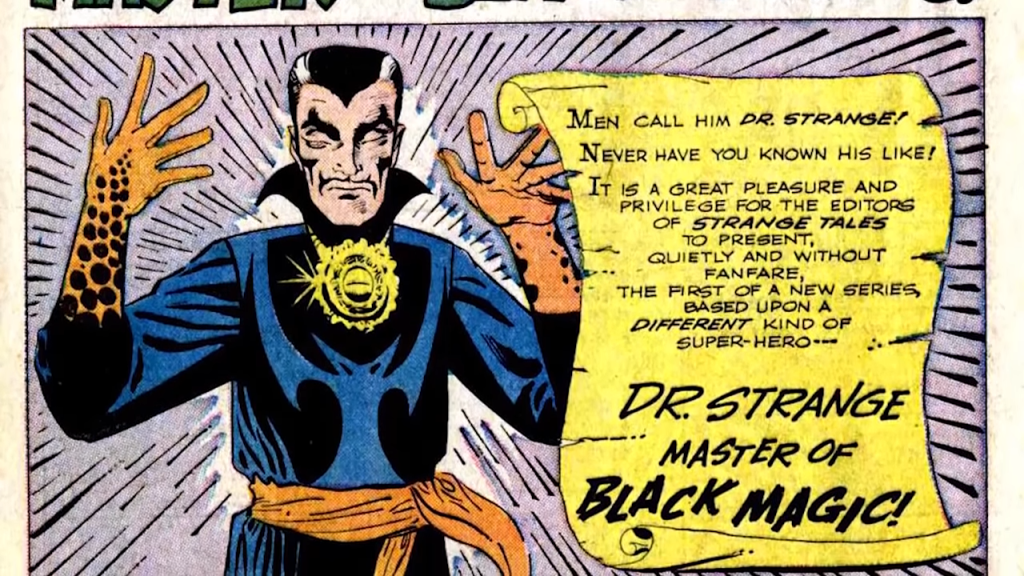 While creating Doctor Strange, Stan Lee was inspired by the “Chandu the Magician” radio program that aired in the 1930s and had Strange accompany spells with elaborate artifacts and mystical-sounding vocabulary, for example: “By the Hoary Hosts of Hoggoth!”.

Despite this vocabulary referencing some mythological beings, Lee said he never had any idea what these spells meant, and he only used them because they sounded mysterious and mythical. 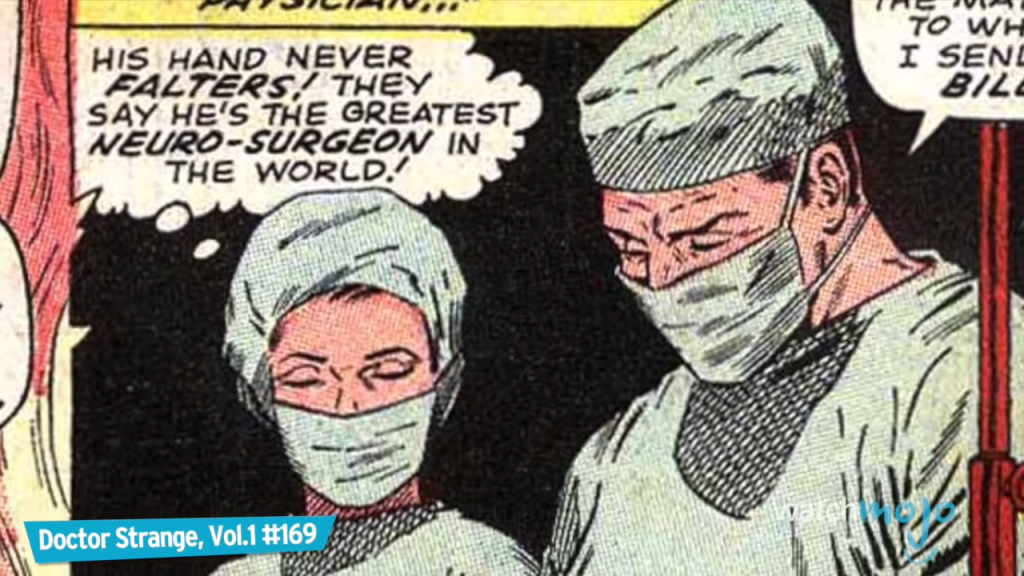 In his origins, Stephen Strange was presented as an egotistical, vile neurosurgeon who injured his hands after a car crash. He later tries to heal his hands using both medicine and science but fails in the process. 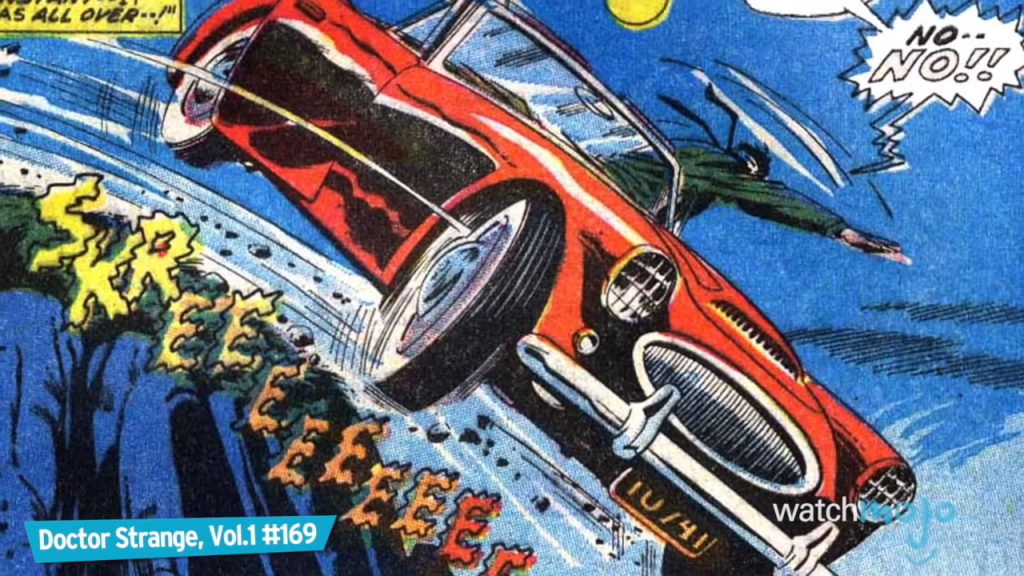 Because of his colleagues and his injuries, Stephen becomes a drifter, and after overhearing two sailors in a bar talking about a hermit called “The Ancient One.” Without any other option, he travels to Tibet to find that fabled “Ancient One” to help him restore his hands.

On his traveling and after finding the old sage, Doctor Strange becomes both a “Master of the Mystic Arts” and his acolyte. Initially, the Ancient One refuses to help Strange because of his egotistical and arrogant personality. 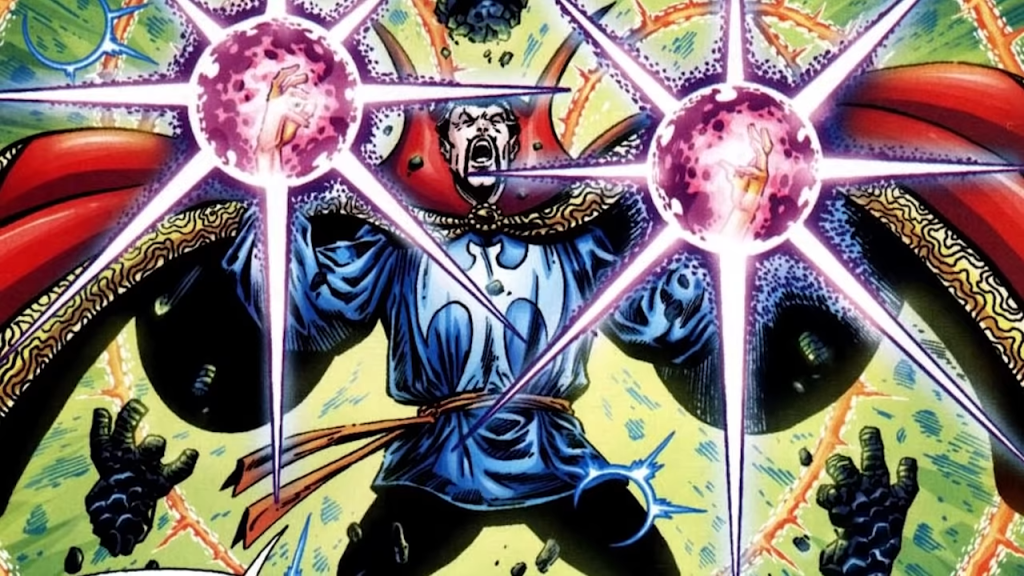 Still, he senses in Stephen a good side that he tries to bring to the surface, failing on this one. After seeing a heroic act from Strange when he discovers Baron Mordo, an Ancient One’s disciple, attempting to kill his mentor and usurp his powers, and noticing a sincere change of heart, he makes Strange his new apprentice after a confrontation with Mordo.

Afterward, Mordo becomes Strange’s most enduring enemy. Upon completing his training, Strange returns to New York City and starts living in the Sanctum Sanctorum, accompanied by his assistant Wong. 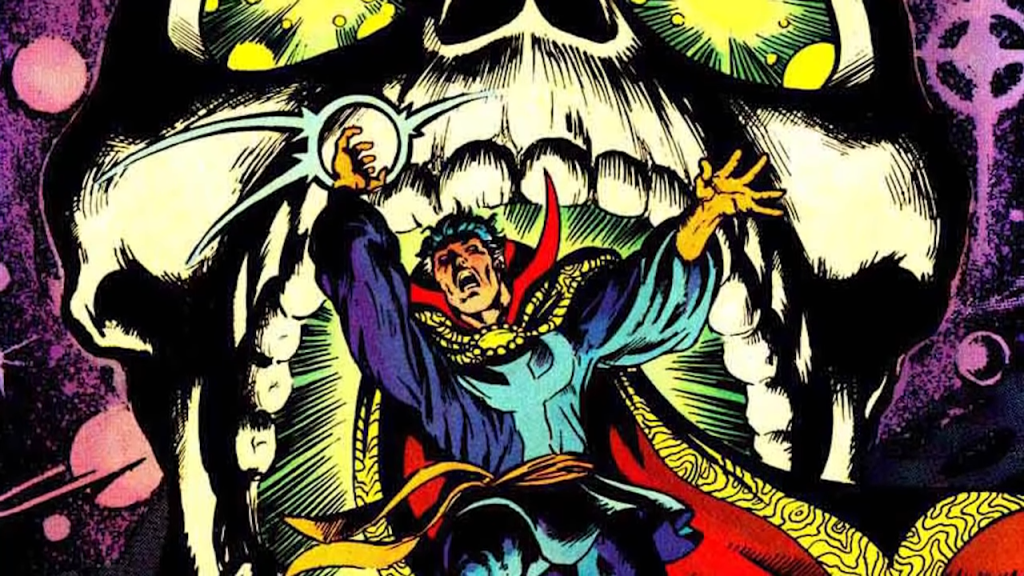 It is safe to say that Doctor Strange is a comic unlike any other, obviously in a good way. As he progressed, our hero traveled to different dimensions.

He fought multiple villains like Eternity, Nightmare, or the famous and mysteriously powerful Dormammu, a warlord from another dimension called “The Dark Dimension” who wishes to conquer the Earth.

Strange is sometimes aided by a nameless girl, later names Clea who is later revealed to be Dormammu’s niece and Doctor Strange’s love interest.

Doctor Strange and the 1960s

Do you want to know something interesting? By 1967, Doctor Strange was considered a hippie and psychedelic hero. The hippie movement widely adopted his comics. His alternate realities and spells were believed to resemble psychedelic trips. 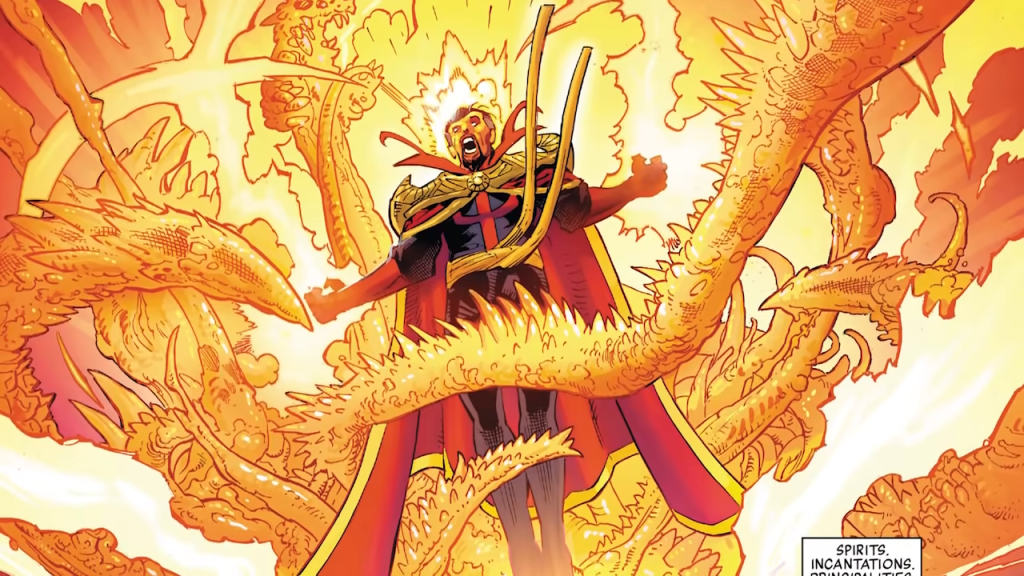 Our magic hero appeared on handbills for concerts in San Francisco and on the cover of the Pink Floyd album titled “A Saucerful of Secrets” from 1968. The irony was that his creations were middle-aged professionals; Ditko, in particular, was widely known for his distrust of hippies and his conservative views.

Doctor Strange propelled the sales of Strange Tales in the 1960s, and in 1968 he was given his comic in which new artist Gene Colan produced a hallucinatory style for Doctor Strange that was way more experimental than Ditko’s style.

After that, the sales dipped, and they gave Doctor Strange a mask as a last resort; they tried to make him a more traditional hero, but that experiment was short-lived.

Eventually, Strange was teamed with other heroes like Hulk, Sub-Mariner, and the Silver Surfer, and they were named “The Defenders.” Throughout the 70s, they remained a Marvel staple, with Doctor Strange as their de-facto leader. 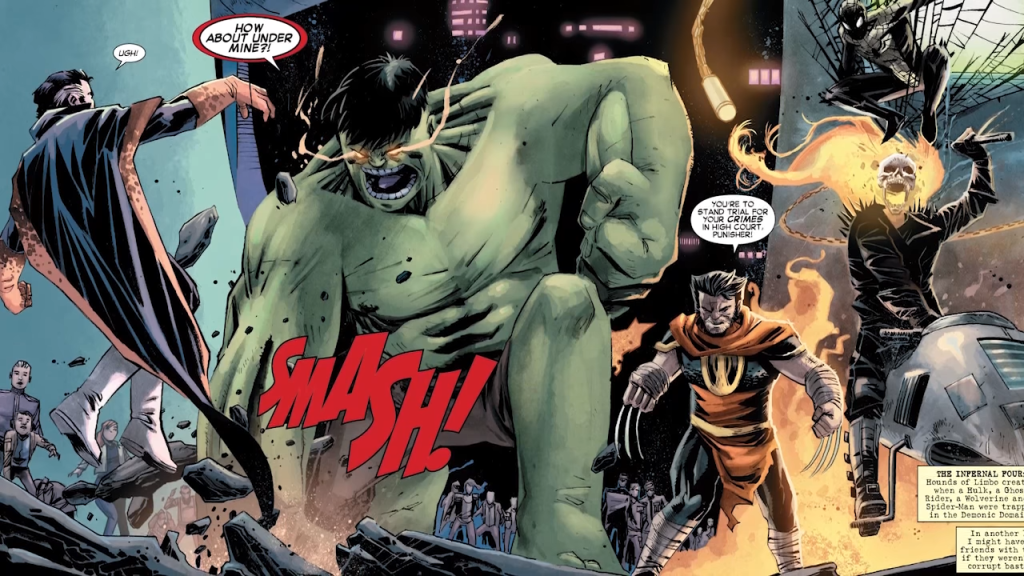 Doctor Strange spent much of the 80s in cancellation. A revival was made in 1988, with Strange losing one eye, being stripped of most of his powers, and abandoning magic to return to it three years later. Later innovations failed to prevent the cancellation of his comic. 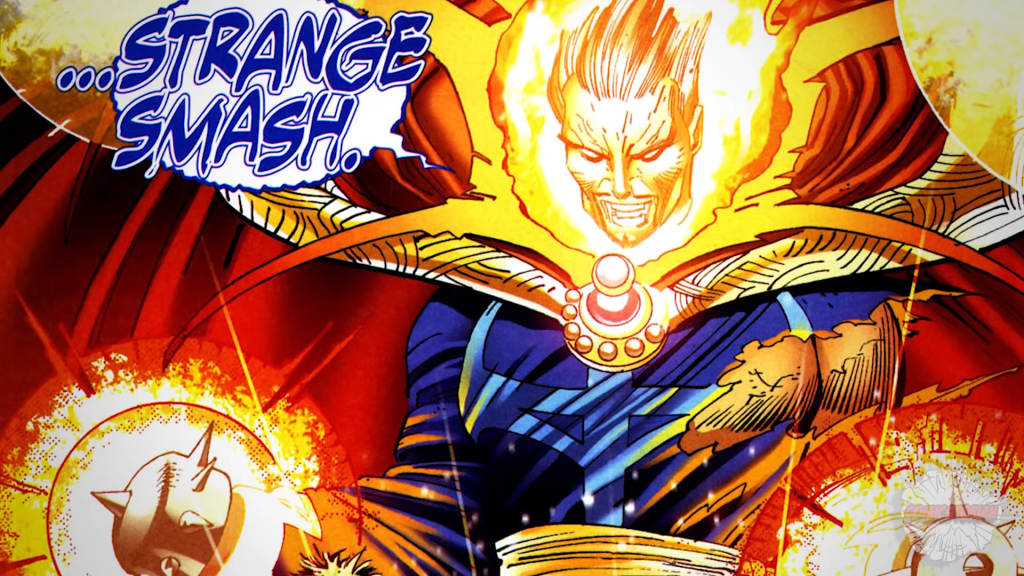 But he returned to the main scene in 2005 when he was revealed to be part of the Illuminati along with Black Bolt, Iron Man, Black Panther, and many others, and after that, he became a member of the famous Avengers.

What kind of powers does Doctor Strange have?

He is a practicing magician who draws his powers from entities such as Cyttorak, Raggadorr, Oshtur, Ikonn, and others. They lend him their energy for his spells.

He wears the Cloak of Levitations which makes him fly, the Eye of Agamotto, which is used to negate evil magic, the Book of Vishanti, a magic grimoire, and the Orb of Agamotto, a crystal ball used for clairvoyance. 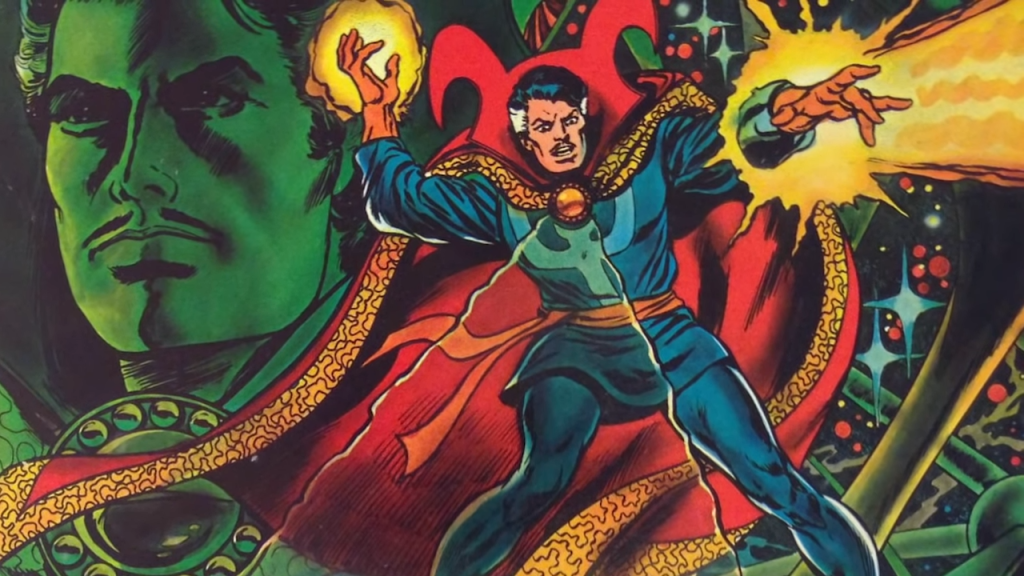 He also is skilled in martial arts, such as judo, and has shown proficiency with numerous weapons, including axes and swords. And, of course, he was a skilled neurosurgeon before his accident that damaged the nerves of his hands.

He is usually described as the “mightiest magician in the universe” and considered by Nightmare to be “more powerful by far than any of your fellow humanoids.”

He currently holds the title of Sorcerer Supreme, he relinquished this title twice, but he reclaimed it when he proved to be willing to protect the world.

Thanks to the Avengers saga, Doctor Strange is currently one of the most well-known Marvel heroes. With this being said, we are all pretty sure that this second movie will be fantastic.

He is a fantastic Marvel icon; Benedict Cumberbatch is doing an amazing job, and he will prove that again in the Multiverse of Madness. 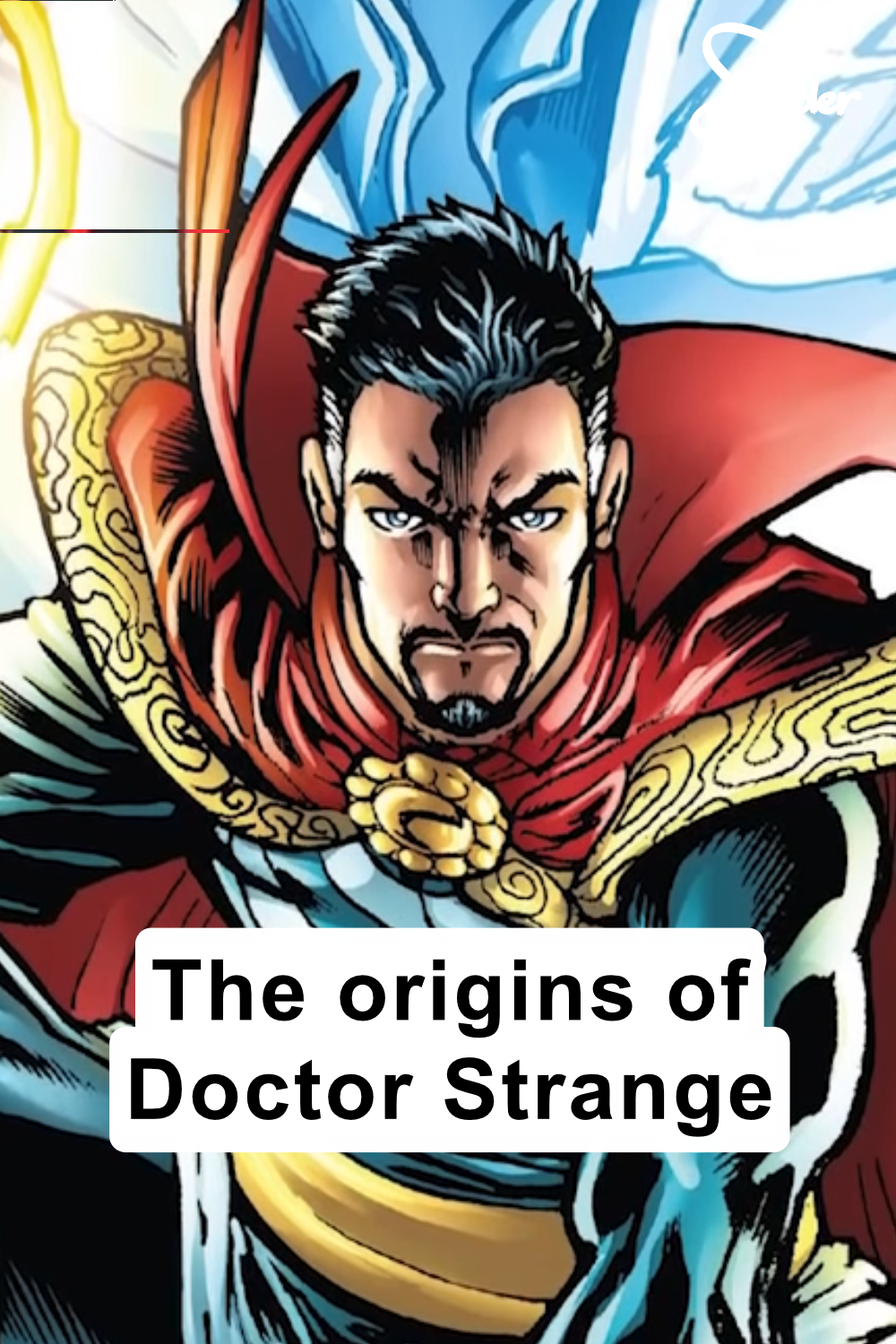