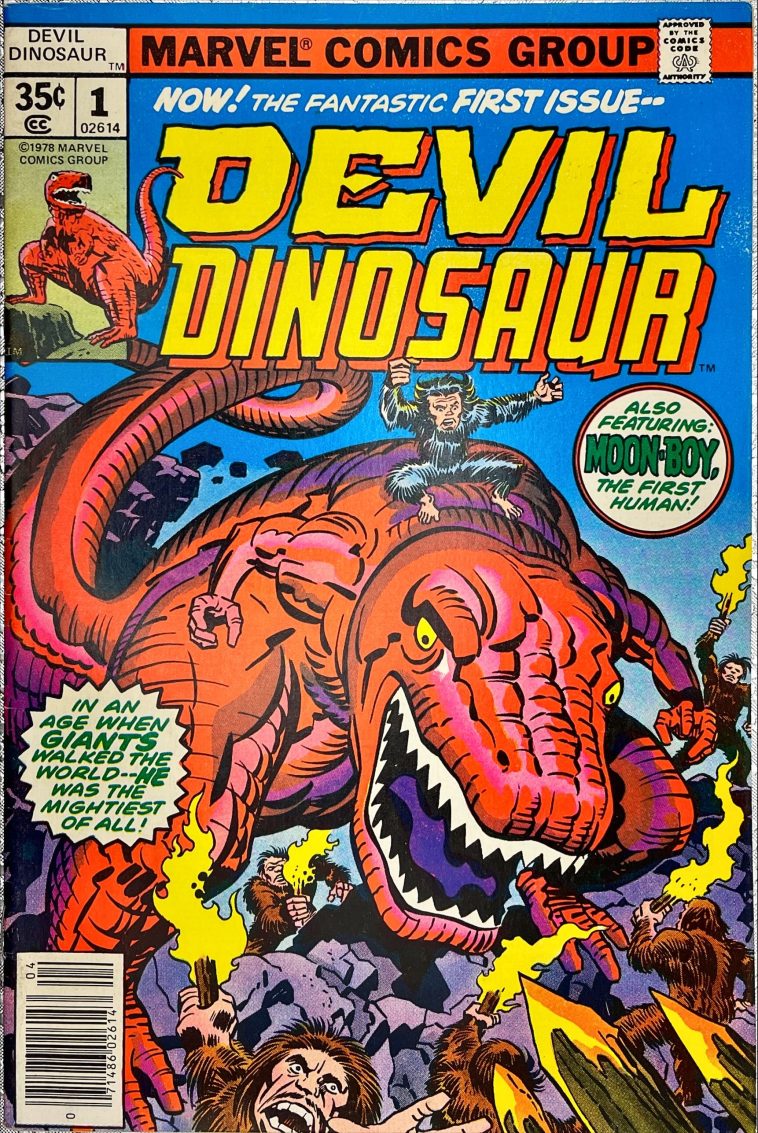 Devil Dinosaur and his companion, Moon-Boy, are residents of “Dinosaur World,” a parallel universe where humans (and humanoid creatures) live among dinosaurs and other prehistoric creatures. The characters first appeared in” Devil Dinosaur #1 (April 1978).