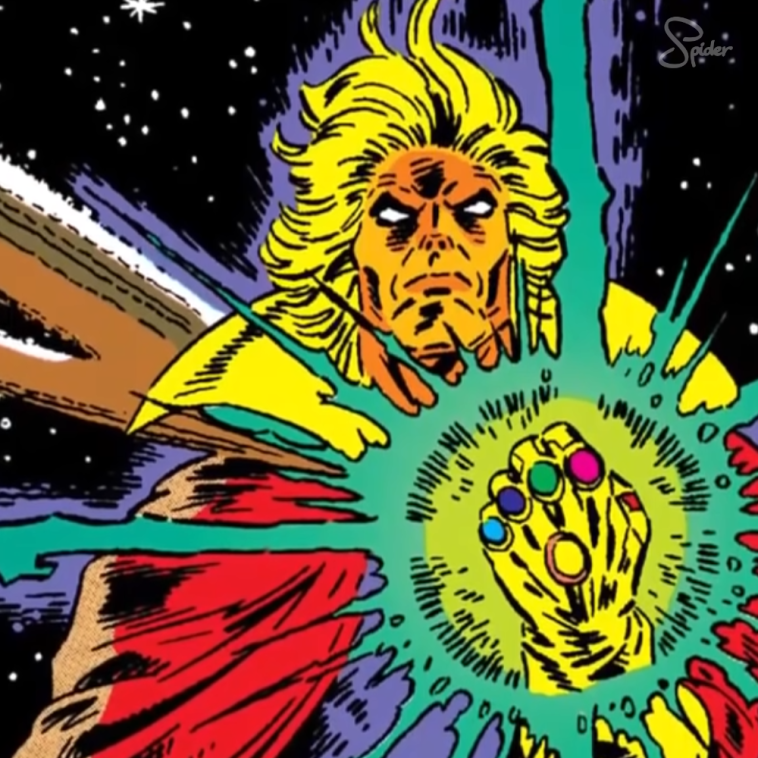 Warlock’s story is principally associated with the Infinity Gems, but, as we all know, the Gems were destroyed in the main timeline by the Avengers. Still, Marvel already told us that there are a lot of ways that we can see the gems again because they haven’t disappeared entirely from the universe. 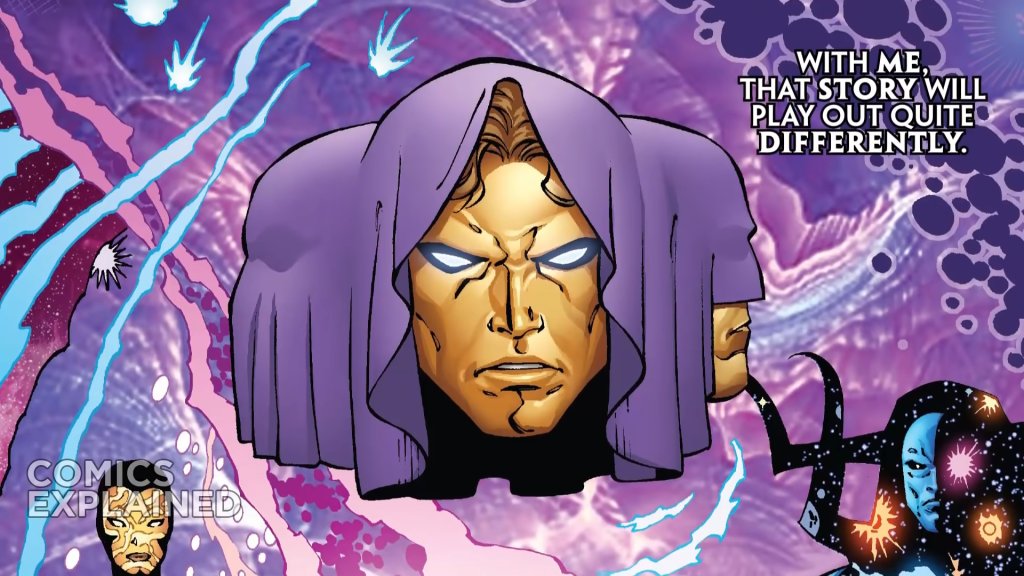 Our boy Adam Warlock is Thanos’ archenemy and, like I said before, one of the most important characters in the Marvel Universe.

Adam was created by Stan Lee and the great Jack Kirby in 1967, he was baptized with the name “Him” or just Adam, and his first appearance in comics was in Fantastic Four #66 in the same year. 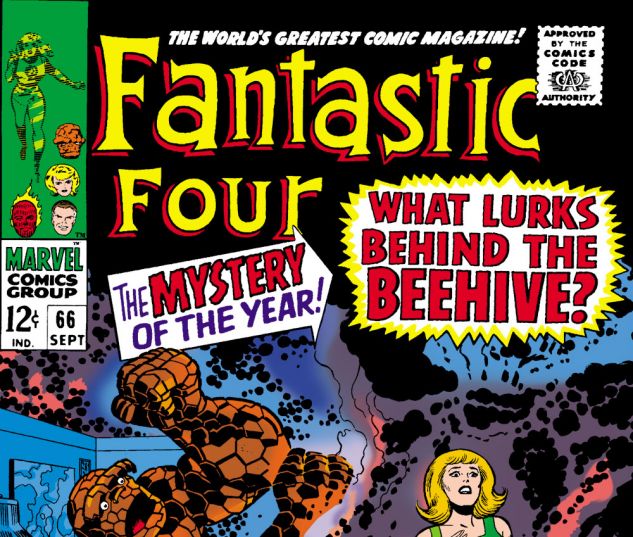 After that, he made some sporadic appearances in diverse stories, and it would be until 1972 that Gil Kane and Roy Thomas re-baptized him as Adam Warlock in the Marvel Premier #1 comic.

Adam Warlock has been the bearer of the soul gem, which is one of the main reasons he is one of Thanos’ biggest enemies. Because of his cosmic nature, he also sometimes appears alongside Star-Lord and his group in the reimagining he underwent in the Annihilation event, where our favorite villain, Thanos, seeks to extinguish all life in the universe, and they gather to stop him. 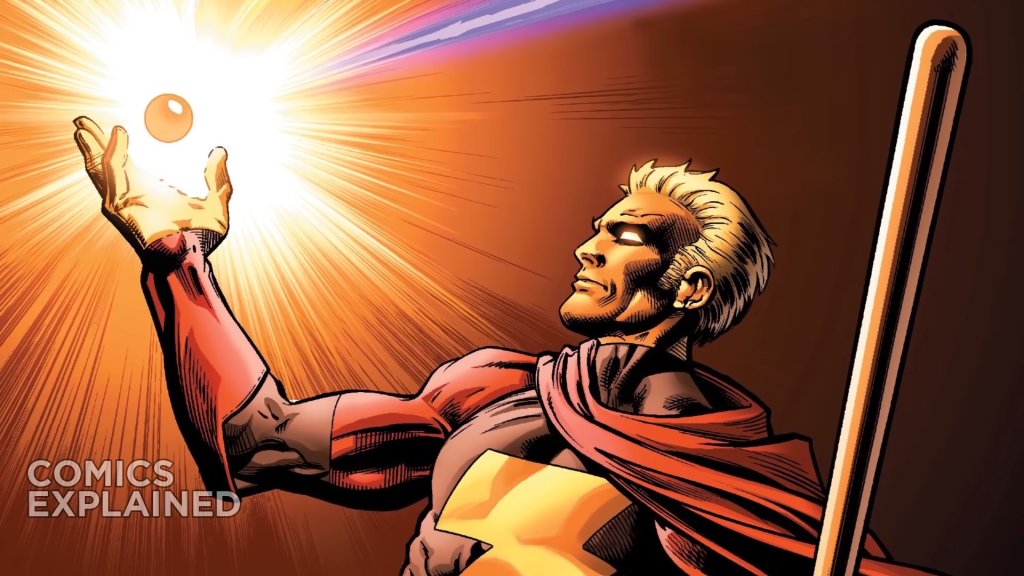 Ok, so, who and what is Adam Warlock?

Adam is an eternal, an artificial being that The Enclave created, a group of scientists that wanted to create an artificial and perfect human, you know, to create a perfect, new humanity and that kind of stuff. 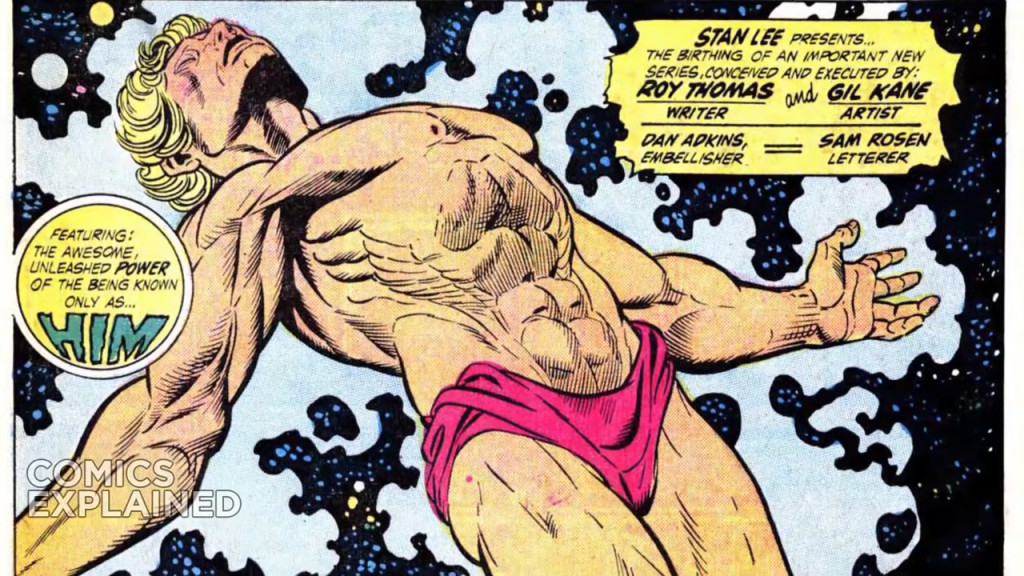 As the result, Adam (originally called “Him”), after understanding the evil plans of his creators, rebelled against them and escaped, and after a conflict with Thor, he decided to leave Earth and escaped into space.

He encounters the High Evolutionary, who gives him his second name, “Warlock.” He requests Warlock’s help in saving the artificially created planet called Counter-Earth from the evil and powerful Man-Beast, and also, gives Warlock the green Soul gem, which gives Warlock the ability to capture the souls of other beings. When he arrives on this planet, he is given the name “Adam” by some teenagers who befriend him. 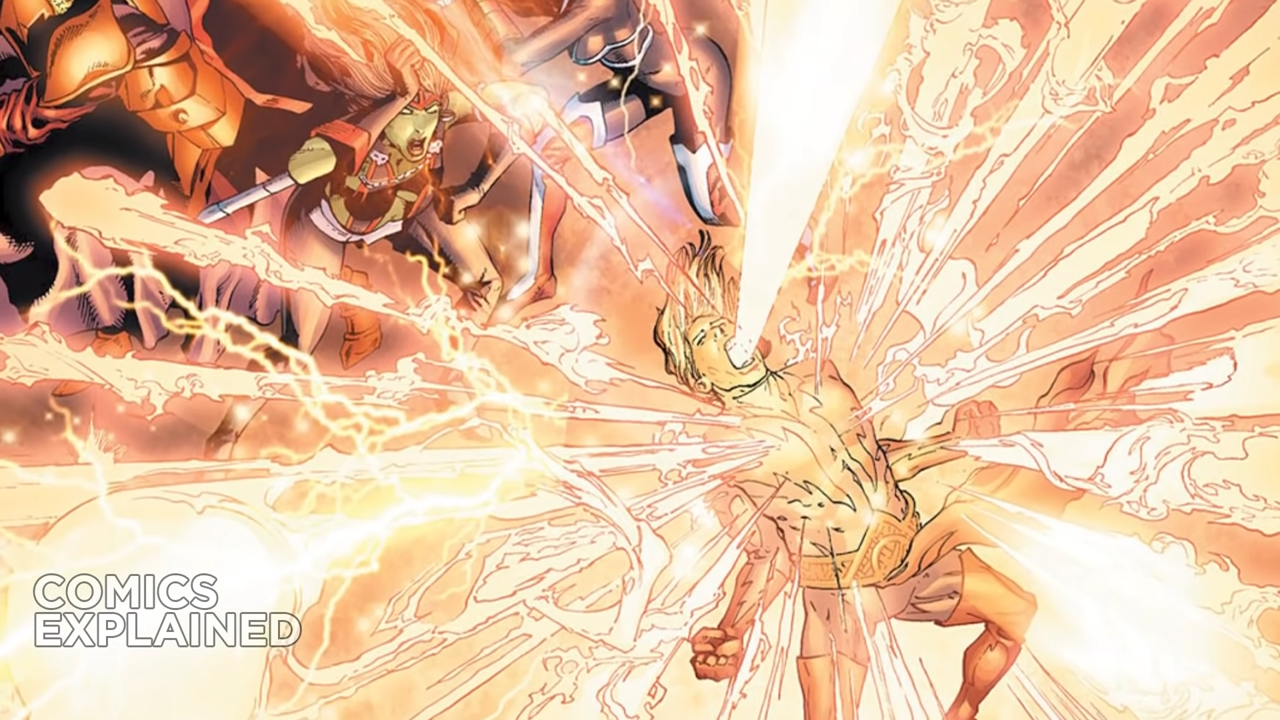 After defeating Man-Beast and leaving Counter-Earth, Warlock encounters the Universal Church of Truth, an intergalactic organization led by Magus. He allies himself with Gamora, Pip the Troll, and Thanos of Titan to oppose the Magus.

Then he discovers Magus is a future version of himself who traveled back in time after going crazy by the soul gem’s use. He chooses to alter his own timeline going to a few months in the future and steals his own soul to prevent Magus from existing. He decides to continue his journeys, knowing that he will die but now knowing when it will happen. 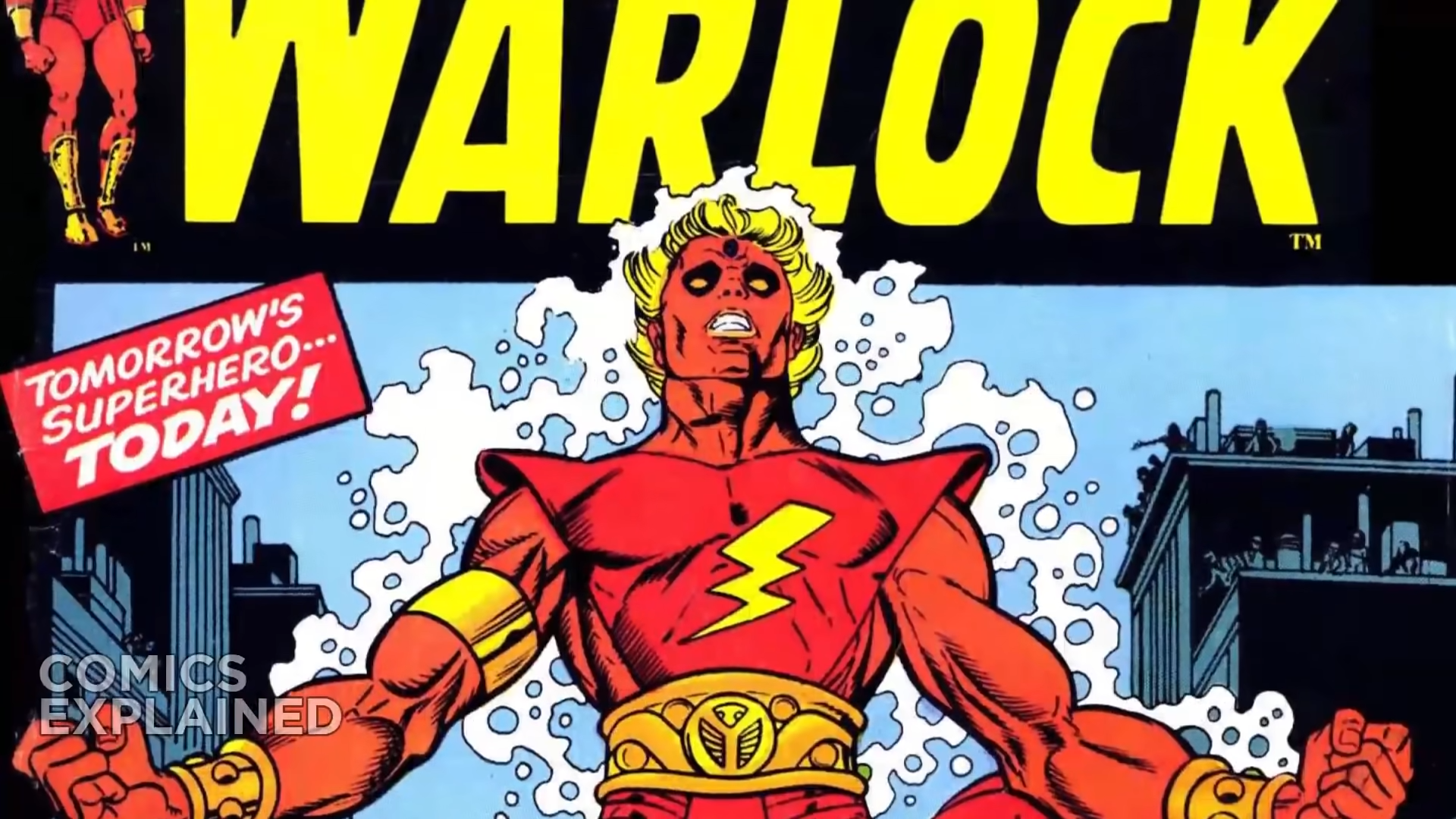 Sometime later, when the Stranger attempts to steal Warlock’s soul gem, this is the exact moment that Warlock learns about the other five related gems. Later, Thanos gains possession of these gems with the intention of destroying our Sun.

After a battle in which Thanos mortally wounds both Gamora and Pip, Warlock uses his soul gem to take their souls to end their suffering. Warlock then is helped by the Avengers, Captain Marvel, and Moondragon to stop Thanos. 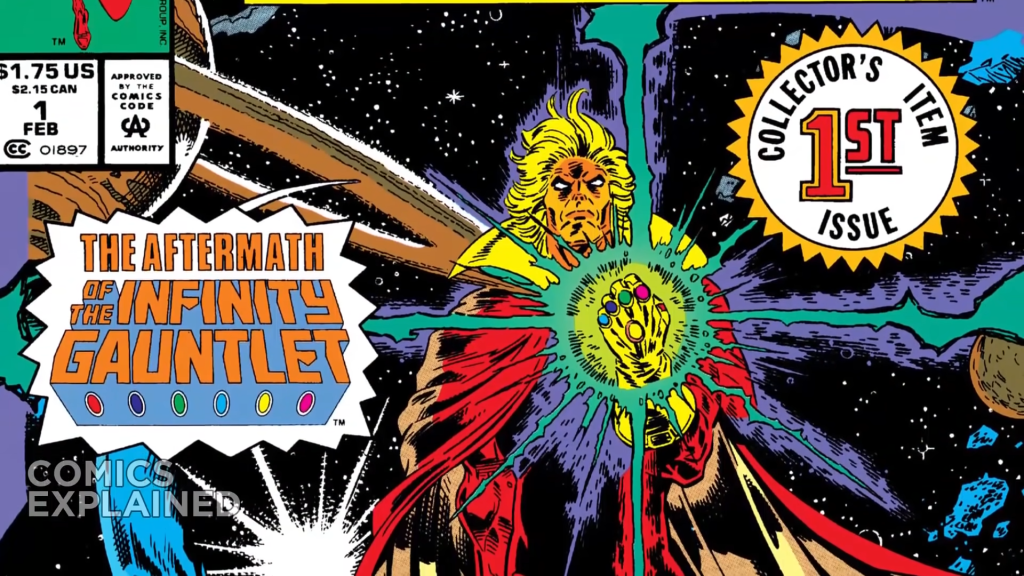 During this battle, Warlock’s younger self appears and takes the older Warlock’s soul. Later, inside the gem, Warlock is reunited with Gamora, Pip, and others in a type of Utopia called the Soul World. Adam’s soul is temporarily freed from the Soul Gem, allowing him to save Earth and turn Thanos to stone.

His rebirth comes when Thanos (also resurrected) once again collects the Infinity Gems into the famous Infinity Gauntlet, capturing Drax and the Silver Surfer in the Soul Gem for opposing him. 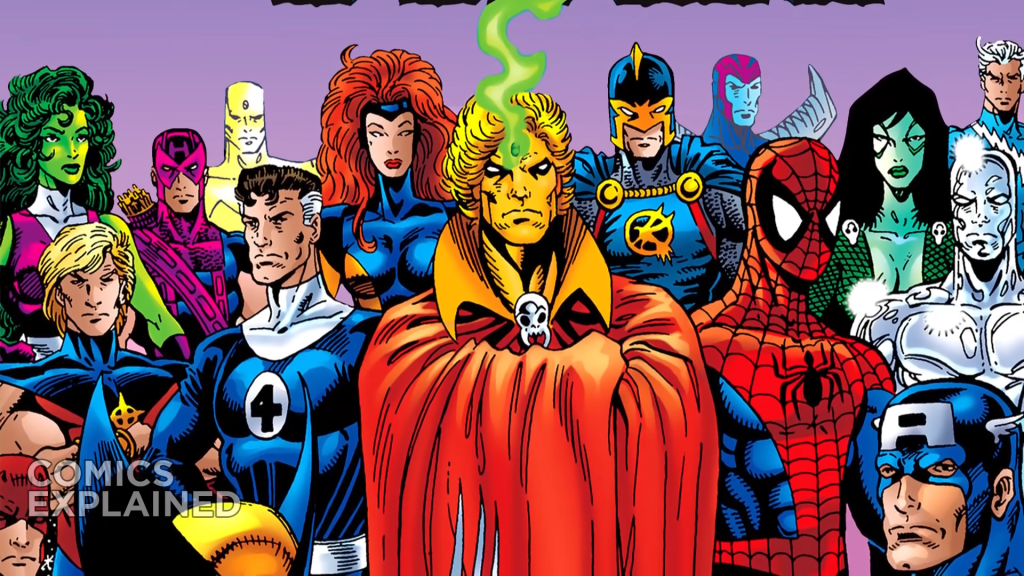 Inside the Soul World, the Silver Surfer meets Adam and convinces him to help and defeat Thanos. Warlock agrees, and Pip and Gamora decide to accompany him; he later transmits himself, Gamora, and Pip into new bodies, and with a group of Earth’s superheroes, they are able to defeat Thanos again.

Ok, so, probably you are asking yourselves:

What kind of powers does Adam Warlock have?

Well, being created as a synthetic, genetically perfect human, Adam Warlock has the standard abilities of a superhero such as strength, speed, endurance, and the ability to fly, the power to absorb and channel cosmic energy thanks to “Quantum Magic.” Also, add the ability to regenerate and heal his body from fatal injuries. 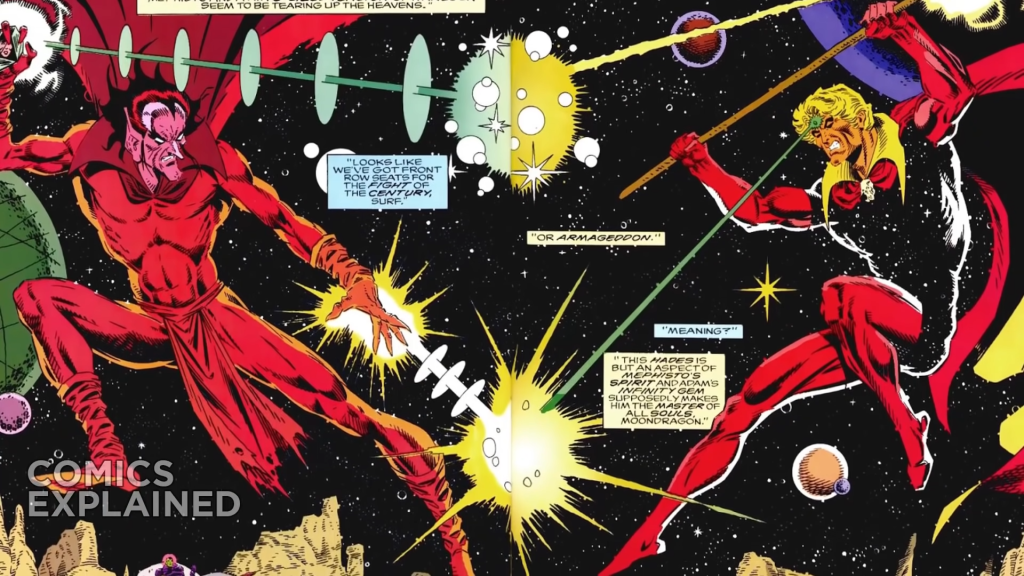 Much of his power originates from the Soul Gem, which allows him to absorb the souls of other beings. It is this gem that causes a future evil incarnation of Warlock to appear in the future which went insane and transformed into a Magus.

Also, Warlock has used the Karmic Rod in the past, and it is said to be an extension of his own life essence. His bones and muscles are much denser than those of a human being, allowing him to lift four tons, and also, he can use his cosmic powers to increase his strength to a maximum of forty tons. 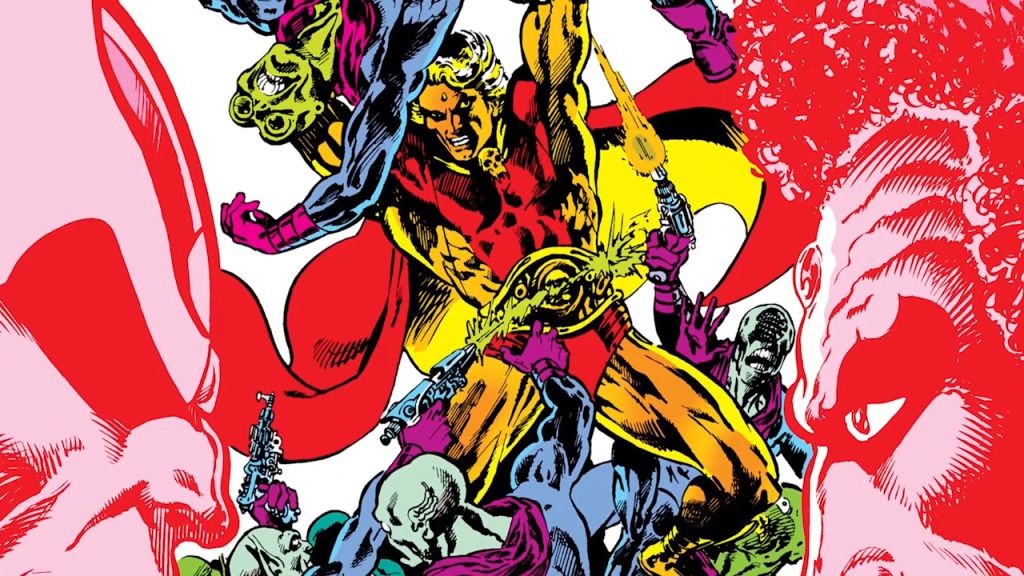 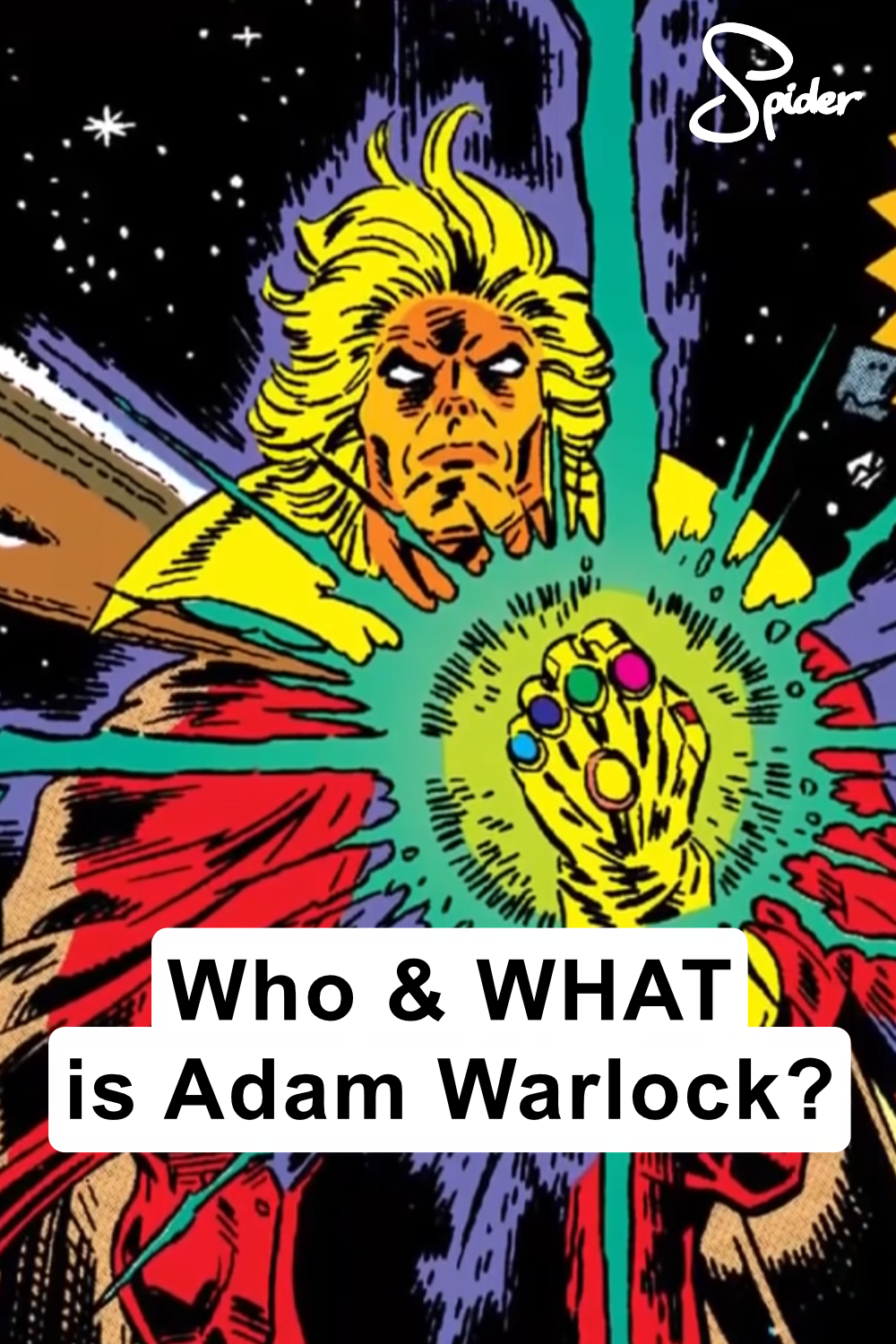