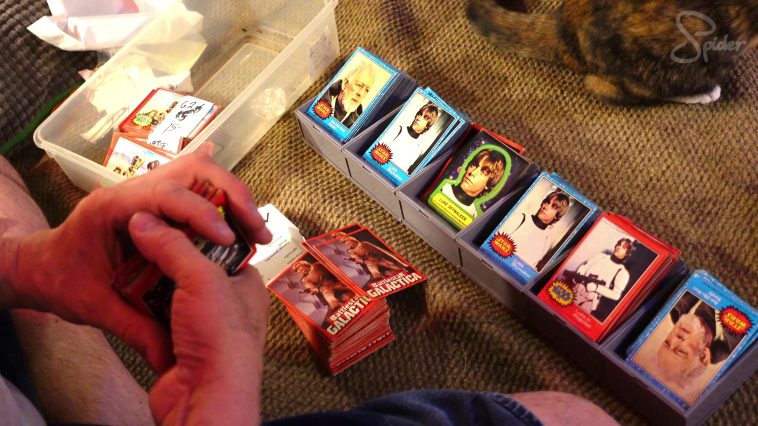 My partner’s Star Wars cards from when he was a kid. His mom saved them for over 40 years. There’s also a mix of Battlestar Galactica cards, but they are primarily vintage Topps Star Wars collectible cards printed in 1977 and 1978.

There were five Series of early Topps Star Wars cards. The first Series was released in 1977. (These cards have a blue border.) Series 1 Star Wars cards are the most popular Topp cards of 1977 because they displayed the main characters…

However, the subsequent SeriesSeries can also be pretty valuable because they’re tough to get. The cards from series 2 with the red border are continuations of the Star Wars movie franchise. Many of these had puzzles on the back of the card, which Star Wars fans loved to collect to complete the story.